Ecuador - Provisions for the purchase of tobacco for slaves

The document is titled Orders received by the administration of Ibarra for the purchase of tobacco from Malbucho, for the use of the slaves of the place and on the saltpetre bought for the gunpowder factory.

Heritage document in the National Archive of Ecuador located in the series called Tobacco Levies, Box 14, File 15, number of pages 3.

An interesting document reporting that the slaves who were working received tobacco rations from the area of Malbucho. The document also mentions the saltpetre from the north of the Imbabura Province, precisely where there was an important slave settlement, most of them labourers in the sugar cane plantations. 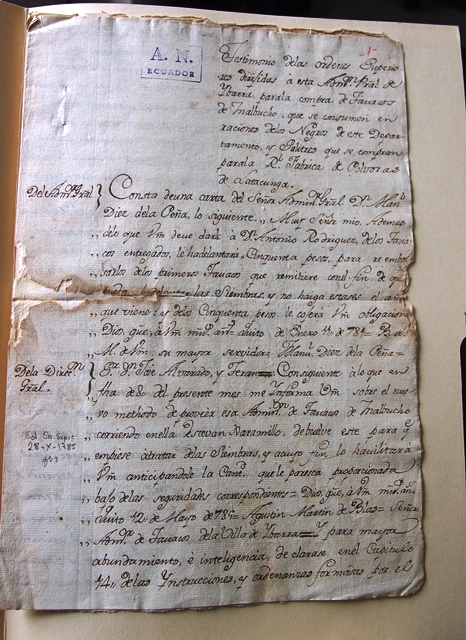