Registration or census taken in the Province of Imbabura consisting of a historic documentation corresponding to the province of Imbabura located in Box 20, files 1 to 18 and Box 21, files 1 to 4. The censuses were taken during the years: 1779; 1780; 1785; 1825; 1861; 1869; 1871. There is a statistical chart of the population of Imbabura taken in 1861, by sex, age and occupation, corresponding to the administrative divisions of Ibarra, Otavalo, Cotacachi and Tulcan. There is also a detailed census of the districts of Pimampiro, San Pablo, Tumbabiro, Cahasqui, La Esperanza, San Antonio, Ambuqui (Chota), Salinas and Urcucqui.

Heritage documents in the National Archive of Ecuador in the series called Empadronamientos (Registration).

It is important to take into account the population censuses since this was the province with the largest amount of slave labour force. 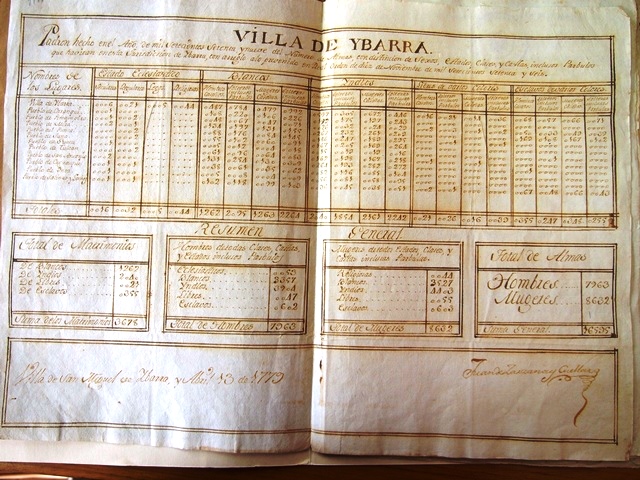 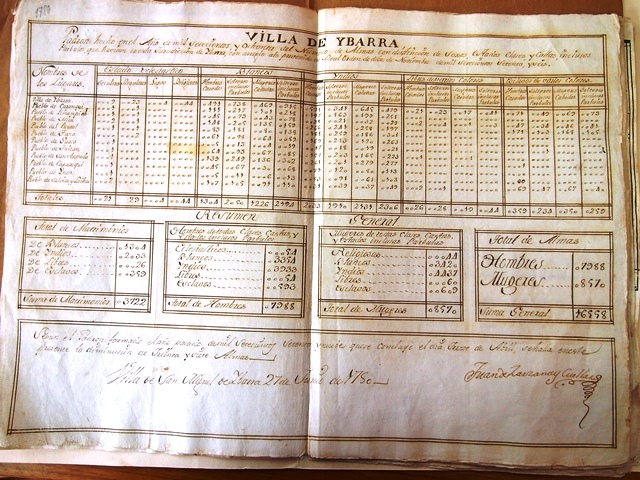 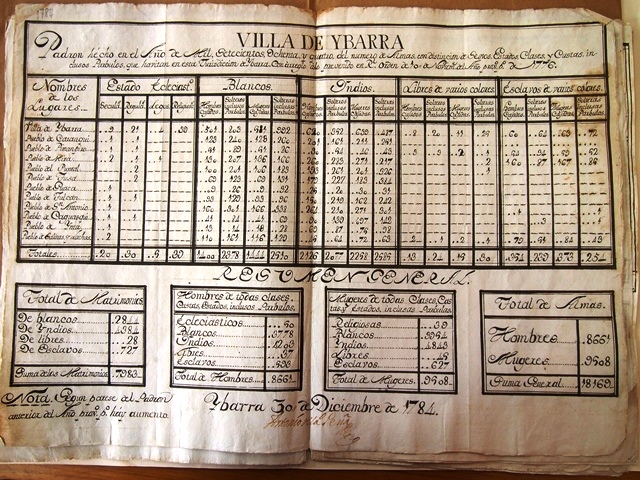 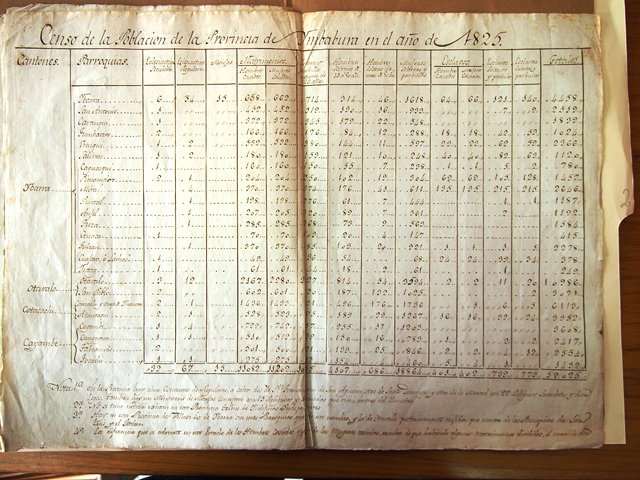