Ecuador - Registration in the Province of Esmeraldas

Heritage documents in the National Archive of Ecuador in the series called Registrations.

The parishes in which the censuses were taken in the region of Esmeraldas were: Atacames, La Tola, La Concepción, Río Verde, and Salima. 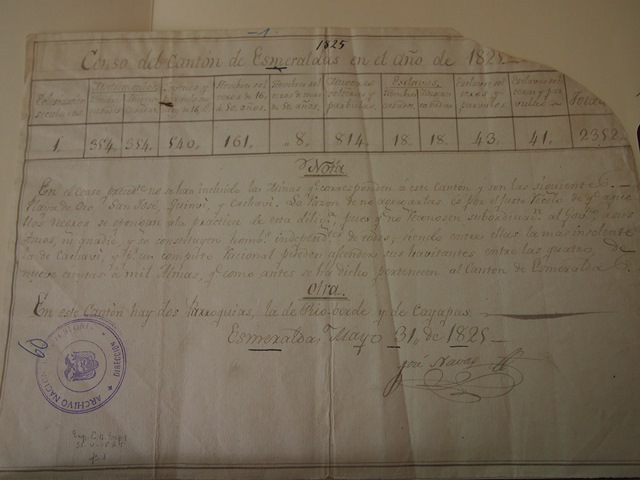